Stalingrad: The City of Steel 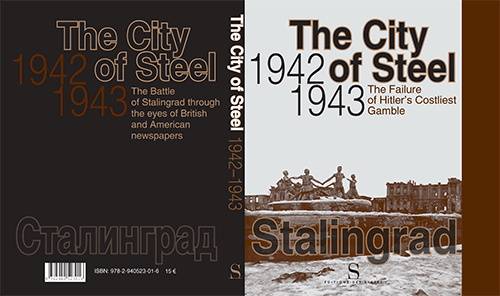 In Dedication of Russian-American History Month

Invite you to a lecture by Dr. Natalia Narochnitskaya.

*Light refreshments will be available after the presentation

Directions: The Chanin Language Center (Screening Room) is located on the “B” level or Subway level. Enter Hunter’s West Building at the SW corner of 68th Street and Lexington Avenue. Then head down one level; there will be a sign pointing toward the entrance to the Screening Room.

“Stalingrad: The City of Steel” The Battle of Stalingrad Through The Eyes Of British And American Newspapers.

The year 2013 marks the 70th anniversary of the Battle of Stalingrad, one of the greatest battles of all times and the most decisive battle of the World War II, which was crucial not only for Russia itself, but for all the Allies in the war against the Nazis.

The current book is prepared by The Foundation for Historical Outlook and is addressed to a wide range of English-speaking readers. It represents the collection of articles from British and American newspapers, such as: The New York Times, The New York Herald Tribune, The Times, Chicago Daily Tribune, Daily Boston Globe, covering the events at the Stalingrad front in 1942-1943 as well as the latest developments in the rear, the actions of the Allies and of the enemy, the state of public opinion in Russia and in the world at the time of the Battle. The book contains more than 120 unique wartime photographs from both Russian and International collections.

The current publication is indeed unique, as, until the present, there have been no attempts to use the British and American wartime press as a historical source and to republish its materials as a separate edition. Besides the press materials the book also contains the foreword written by Natalia Narochnitskaya, the President of the Foundation for Historical Outlook (Moscow), and the introductory article written by Igor Nogaev, the senior research fellow of the Institute of USA and Canada of the Russian Academy of Science. 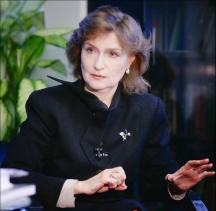 NATALIA NAROCHNITSKAYA is a Russian historian and a widely known public figure. A frequent commentator in the Russian mass media on  international affairs, Natalia Narochnitskaya was a member of the State Duma of the Russian Federation from 2003 to 2007, where she represented the Rodina (Motherland) Party. She served as Vice-Chairman of the Duma’s Foreign Affairs Committee, Chairman of the Committee for the Study of the Practice and Implementation of Human Rights and Civil Liberties and a member of the Russian delegation to the Parliamentary Assembly of the Council of Europe. From 1982 to 1989 she worked at the United Nations Secretariat  in New York.

Natalia Narochnitskaya is the President of the Institute of Democracy and Cooperation (Paris). The Institute of Democracy and Cooperation is a think-tank funded by Russian NGOs and charitable foundations. It aims to be part of the debate about the relationship between state sovereignty and human rights, about East-West relations and the place of Russia in Europe, about the role of non-governmental organizations in political life, about the interpretation of human rights and the way they are applied in different counties and about the way in which historical memory is used in contemporary politics.

Natalia Narochnitskaya is also the President of the Foundation for Historical Outlook in Moscow. This prominent think-tank publishes the web-newspaper Stoletie and the analytical web-site http://www.perspektivy.info. The Foundation has published more than 20 books touching upon the subjects of international relations and actual history.

Natalia Narochnitskaya is the author of numerous works on history and the role of historical memory in contemporary politics, as well as hundreds of articles in the Russian press. Her major work, “Russia and the Russians in World History”, has gone into six editions. She specialises in diplomatic history, international law, the history of international relations  and the philosophy of Western liberalism. Her books have been translated into French (Que reste-t-il de notre victoire? Paris: Editions des Syrtes, 2008), Czech, Serbian and Slovak.

4 comments on “Stalingrad: The City of Steel”