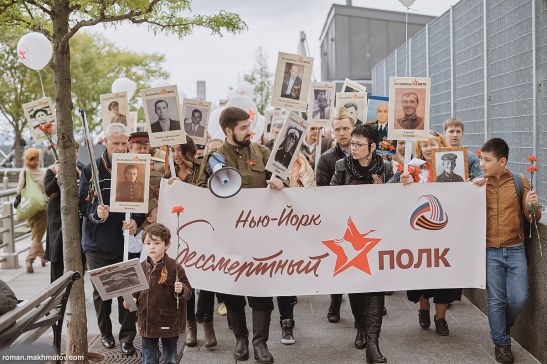 The Immortal Regiment is an international public rally, held annually since 2012 to commemorate the veterans of the greatest global catastrophe in the history of mankind – World War II. Last year, while celebrating the 72th anniversary of allied victory in that war, over 12 million people took part in the rally worldwide.

This year, the Immortal Regiment will once again take place in many major cities across the globe. In North America alone, participating cities include: Toronto, Montreal, New York, Washington D.C., Orlando, San-Francisco and Seattle.

For those who want to participate in rally, there is an opportunity to print the banner with a photograph of your ancestor. Please contact for more detailed information: