Intersections of Art and Science in the Dodge Collection opens at the Zimmerli Art Museum on Saturday, March 12. It is organized by Ksenia Nouril, Dodge Fellow and PhD candidate in the Department of Art History at Rutgers. 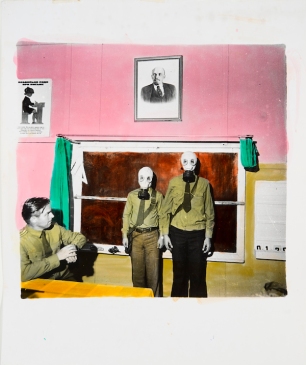 This exhibition examines the consequences of innovations in science, technology, mathematics, communications, and design on Soviet nonconformist art. Produced between the 1960s and 1980s, the works on view address themes of international significance from a turbulent period marked by the building of the Berlin Wall, the Cuban Missile Crisis, and a failed attempt at improved United States-Soviet relations. Dreamworlds and Catastrophes features over 60 works from the Zimmerli’s holdings by artists from the former Soviet republics of Estonia, Latvia, Russia, and Ukraine. It is on view until July 31, 2016.

Please, join us on Thursday, April 14, for a public program and reception to celebrate Dreamworlds and Catastrophes. It begins at 4pm with a curator-led tour followed by two invited guest lectures on American and Soviet Cold War art and politics by Dr. John J. Curley of Wake Forest University and Dr. David Foglesong of Rutgers. The evening concludes with a cocktail reception.

To learn more about the exhibition, please visit our website.

Information about parking, driving directions, and public transportation can be found here.

Dreamworlds and Catastrophes: Intersections of Art and Science in the Dodge Collection is on view at the Zimmerli Art Museum at Rutgers from March 12 through July 31, 2016.