A series of parties around the word celebrating humanity and its accomplishments in space with the unifying theme of the anniversary of Yuri Gagarin’s launch. 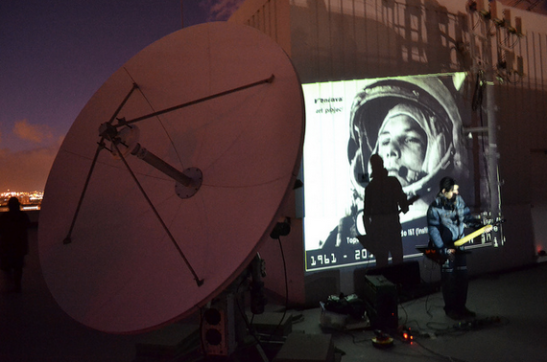 Ever since 2000, the idea of Yuri’s Night has given way to space-themed parties and events around the world in April, celebrating both Yuri Gagarin’s launch making him the first human in space and, 20 years later, the launch of NASA’s Space Shuttle. Originally organized by Trish Garner, George Whitesides, and Loretta Hidalgo, the idea has grown into a network of events spanning over 75 countries on all 7 continents. Events range from official parties to educational events to social gatherings. Those who wish to participate can either find existing events or make their own.

Past events have included talks and presentations by Ray Bradbury, Will Wright, George Takei, Richard Garriot, and Anousheh Ansari, planting “moon trees” around the world, and training for future astronauts and those interested in space organizations. Others have been in clubs, planetariums, and at homes. Tens of thousands have also joined in to watch the 12-hour Yuri’s Night Global Webcast live online. The idea is to have fun and celebrate human space exploration.

This year, Yuri’s Night holds a special significance celebrating what would have been its namesake’s 80th birthday.
SEE: http://yurisnight.net/find-a-party/