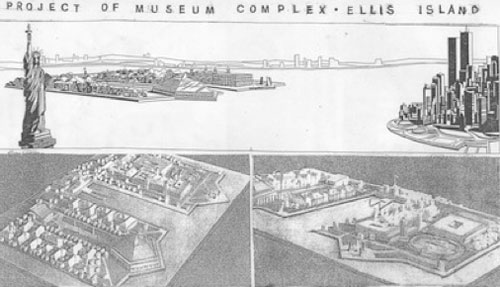 Lazar Tarler will present his new project of the reconstruction of Ellis Island with American Indian Museum and his activities over his carrier in Russia and in the USA .

Lazar Tarler graduated from Leningrad Architect Institute and was awarded MA (master in architecture). As an Architect worked and created in Leningrad (now S.Petersburg), Khabarovsk, Yakutsk, Kirov and other cities of the Former Soviet Union.  He came to US in 1992, worked in New York planning companies.  At present time he is working as a teacher in Art school and as the Art Designer for “The Russian Street” magazine, NY.